“The years spent in elementary school are an extremely formative time during a student’s educational journey. From learning their letters and numbers in kindergarten to becoming engaged and thoughtful community members, it is incredible to witness this progression,” stated Superintendent of Schools Dr. Roberta Gerold. “The completion of this trajectory is perfectly captured during our fifth grade students’ capstone project—utilizing their years of education, teamwork skills and their observations of the world around them to effect meaningful change.”

Last year, the fifth grade students in Mrs. Katherine MacDonald’s class began to conduct research on the Styrofoam lunch trays that are a staple of cafeterias across the nation. During their research they discovered the harmful effects that Styrofoam has on the environment: 2.3 million tons of the non-biodegradable Styrofoam ends up in landfills each year. It is extremely harmful for animals’ digestion tracks and it releases chemicals that pollute the air we breathe and the earth’s atmosphere.

“When the students began to discover the damaging effects that these trays—which are used for less than 30 minutes and then disposed of—have on our environment for decades and even centuries to come, they were immediately invested in this as their project and truly put their hearts into its success,” stated Jericho Elementary School Principal Glen Rogers. “This became less of a classroom project for them and more of a mission.”

In June, the now sixth grade students presented their findings and caught the attention of local leaders including Assemblyman Englebright. Following a secondary presentation by the students, Englebright granted the District $50,000 to conduct a program that would begin to remove Styrofoam trays from District schools. The initial grant has provided funds to provide ‘paper boat’ trays one day a week to Jericho Elementary School, where the program initiated, and the two District middle schools, where the students behind the program now attend.

“The students didn’t stop at researching the impact that Styrofoam has globally but also learned that our cafeteria uses roughly 275 Styrofoam trays a day,” added MacDonald. “Their proactive stance on limiting that amount has produced real change in the Middle Country community that will continue into future years. I am extremely proud of my students’ accomplishments and know they will continue to excel as they begin their new chapter in middle school.”

For more information about academic programs available in the Middle Country School District and a calendar of events, please visit www.mccsd.net. 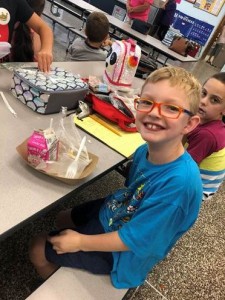 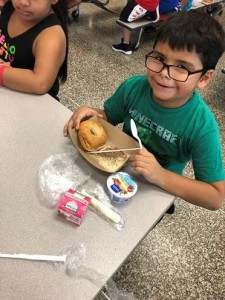