The Middle Country Central School District announced its March students of the month at its recent Board of Education meeting. Centereach High School senior Alex Mazzella, Newfield High School senior Nicole Migliano, Dawnwood Middle School sixth grade student Benjamin Taciak, and Selden Middle School sixth grade student Bryce Goodman were all honored for their excellence in academics, involvement and commitment with a wide scope of extracurricular activities, and by serving as positive examples for their peers and other community members.

“Each month, it is our pleasure to acknowledge four high-achieving students who represent what young people are capable of when they dedicate themselves to their school and community,” said Superintendent of Schools Dr. Roberta Gerold. “I am confident that these students will continue to succeed in their future endeavors as they continue to serve as leaders in all facets of their lives.”

Centereach High School senior Alex Mazzella was honored for his academic success and achievements in athletics. Alex earned the highest possible score on all six of the Advanced Placement exams he has taken to date and is ranked third in his graduating class. He was the captain of the cross country team in the fall, runs winter track, and is co-captain of the varsity tennis team. Alex is also a member of the National Honor Society, the National Spanish Honor Society, the Tri-M Honor Society, and serves as the General Organization vice president.

Alex is described by his teachers as self-motivated, energetic, positive, hardworking, and as someone who goes above and beyond the average to meet his own high-expectations. Upon graduation, Alex plans to further his academic success at a four-year college and pursue a degree in engineering.

Nicole Migliano is a senior at Newfield High School whose passion, drive for excellence and academic skills are displayed on a daily basis. Throughout high school she has maintained a weighted GPA of 97.88 and earned 13 credits of Advanced Placement and college classes. Nicole has been able to succeed academically while simultaneously working toward her cosmetology license. Nicole is an active member of SADD club, drama club, the Tri-M Honor Society, National Technical Honor Society, and National Honor Society.

Nicole’s teachers describe her as a dedicated student whose commitment and detailed execution of tasks will bode well for her in her future endeavors. After graduating, Nicole plans on attending either Hofstra University or Suffolk County Community College to focus on her true passion of photography.

Dawnwood Middle School sixth grade student Benjamin Taciak was selected for his commitment to academics and the positive impact he has on his classmates. Benjamin, in his first two quarters of middle school, has a 98.3 overall average. Along with playing both the piano and clarinet, he recently published a short story in his native language of Polish. Outside of school, he enjoys learning about astronomy and traveling to destinations like Poland, Holland, and Ireland. On top of all his accomplishments, Ben is known for always being a humble and kind member of the classroom.

Bryce Goodman is a sixth grade student at Selden Middle School and is being honored for his natural leadership skills and his academic successes. Through two quarters of sixth grade, Bryce has an overall average of 97.25—excelling in math and his favorite subject of social studies. His teachers describe him as selfless, having a strong sense of character and being someone with the potential to lead others in the future. Bryce hopes to join the National Honor Society in high school and one day attend the University of North Carolina Chapel Hill.

For more information regarding Middle Country Central School District and its students’ many achievements, please visit the District’s website: https://www.mccsd.net/. 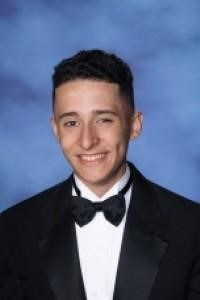 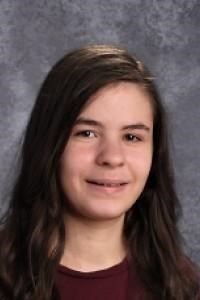 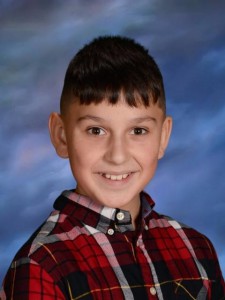 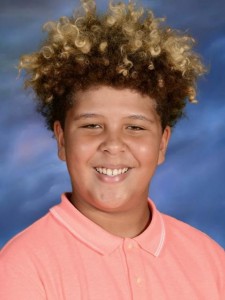