The Middle Country Central School District’s Unity Drive Pre-K/Kindergarten Center recently brought the classroom community together in the spirit of the season as English as a New Language (ENL) students and their parents participated in the holiday tradition of creating gingerbread houses. The families of Ms. Rudich and Ms. Canevari’s classes used frosting to stick together gingerbread pieces and assorted candy to build and decorate the houses and gingerbread cookie people.

The students exercised their Science, Technology, Engineering and Mathematics lessons to efficiently build gingerbread houses that stand on their own. Simultaneously, the students tapped into their creativity to decorate their houses and gingerbread people in an artistic and unique way. 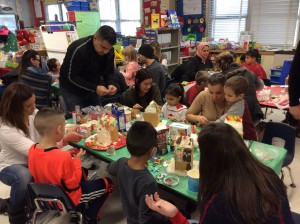 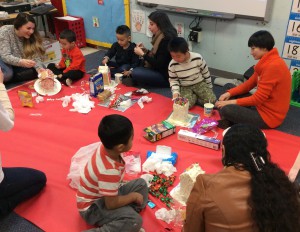 The  Unity Drive Pre-K/Kindergarten Center recently united in song to celebrate the holiday season with a week of caroling. Four separate kindergarten classes, wearing holiday hats and reindeer antlers, led their pre-kindergarten classmates in a chorus of holiday melodies. The students were conducted by music teacher Kelly Zachar and sang “Celebrate Song,” “Must Be Santa,” “I Have a Little Dreidel,” “Rudolph the Red-Nosed Reindeer,” and “Jungle Bells.” 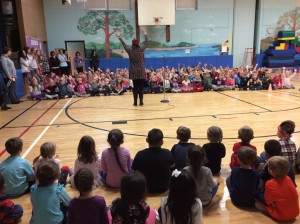 More than 6,500 students auditioned for this honor, and the five from MCCSD were among the 900 students in all of New York State to be selected. The Middle Country Central School District is dedicated to providing students with opportunities to hone their creative talents, and participating in the NYSSMA program is one of the many ways the District showcases student abilities. The District commends the students and their teachers—Mr. Tom Austin, Dr. Harold Goldstein, Mr. Ed Adams, Ms. Kristi Adams, Ms. Ashleigh Hahn, Mr. Brian Hough, Ms. Joan Verdi, Mr. Lee Schaarschmidt and Mr. Greg Sevian—for the commitment and hard work throughout the year. 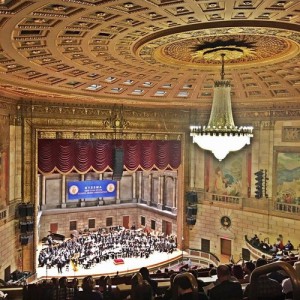 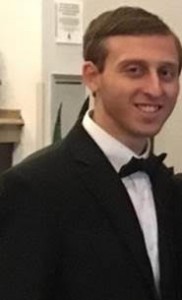 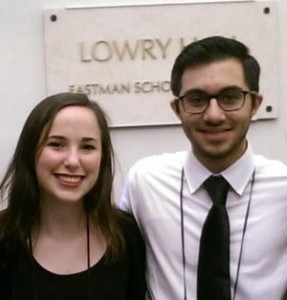 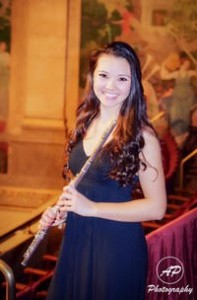 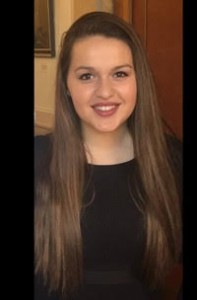 The Newfield High School Varsity Boys Soccer team and their coach were recently honored at the Suffolk County Soccer Awards. The entire team received a plaque for their success this last season, finishing as champions of league three and their coach, Jamie Santiago was named “Suffolk County Large School Coach of the Year.”

All trophies and plaques are proudly displayed in the Newfield High School main lobby. 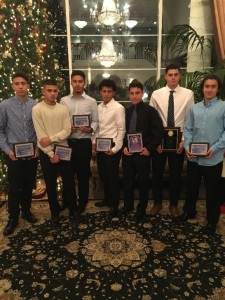 The Middle Country Central School District Teachers Association is proud to announce that its free book fair for the community was a huge success. Hundreds of students, families and members of the community searched through and took home donated books. Attendees lined up around the corner to take advantage of the program meant to give the gift of reading back to the community.

“We are proud of our teachers for the work they do with our students inside the classroom, but also the work they do with them and the rest of the community outside of the classroom,” said Dr. Roberta Gerold, Superintendent of Schools. “The Middle Country Teachers Association is setting a positive example for our students, giving them the gift of reading and teaching them the importance of giving back.”

The teachers of the District aimed to give back to their community in a way that spread the spirit of reading and critical thinking. Through a partnership with New York State United Teachers, First Book and the American Federation of Teachers, the Middle Country Teachers Association was able to collect more than 15,000 books to distribute.

“We were excited for the opportunity to give books to a population of people that might otherwise not be able to buy their own during this holiday season,” said Nadia Resnikoff, Dawnwood Middle School. “As a member of the Middle Country Teachers Association, we are always looking for new ways to foster education throughout our community and we were proud to be able to give back in this way this year.” 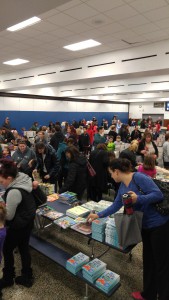 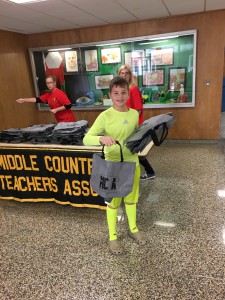 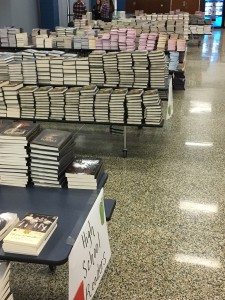 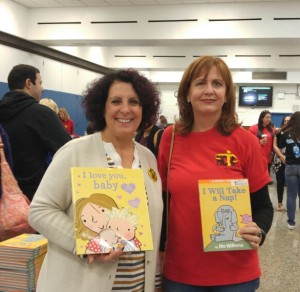 The Middle Country Central School District recently congratulated two of its high school students for being named the District’s students of the month for November. Centereach High School senior Cassidy Treanor and Newfield High School senior Matt Schmidt were recognized for the accomplishments they achieved in the classroom, on the athletic field and within the community during the month of November. The students were acknowledged at the District Board of Education Meeting, where their long lists of achievements were commemorated.

“The District is incredibly proud of all that Matt and Cassidy have accomplished this month and throughout their academic careers,” said Superintendent of Schools Dr. Roberta Gerold. “As we say goodbye to Cassidy and Matt in June, we will celebrate the positive impact they have made on our school community, and anxiously await how they will serve as leaders in their chosen field in the future.”

Centereach High School senior and November student of the month recipient Cassidy Treanor is currently ranked seventh in her graduating class. Upon graduation, she will enter college having received credit from 10 Advanced Placement (AP) courses and three college level courses. In addition, she is also taking AP courses for all of her core subjects during her senior year. She will be attending Virginia Polytechnic Institute and State University (Virginia Tech) in the fall and plans to study engineering.

Outside of the classroom, Cassidy is an acclaimed athlete including being named the Suffolk Zone’s Best Female Athlete and to the All-Conference Team her junior year. She has participated in both basketball and field hockey at the varsity level since her freshman year. In basketball, Cassidy was named Rookie of the Year as a freshman and has served as her team’s captain since the tenth grade.

Matt Schmidt is a senior at Newfield High School and will graduate with a total of 30 college credits from AP and college level courses. During his senior year, Matt is currently taking three AP courses and three college level courses. Matt will be attending Steven Institute of Technology after graduation, and plans to study electrical engineering.

Matt is also a member of the varsity baseball team and is an active member in the Leadership Club and the National Honor Society. Matt has given back to his community by volunteering in several Districtwide initiatives including Trick-or-Treat Street, Holiday Lane, Jump Rope for Heart, and the Special Olympics. Matt is also a first chair bass player for the concert and philharmonic orchestras. Outside of school, Matt also volunteers at Mill Neck Manor School for the Deaf and the Friends of Music organization by selling concessions during festivals and between performances. 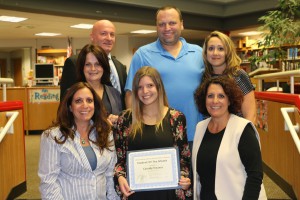 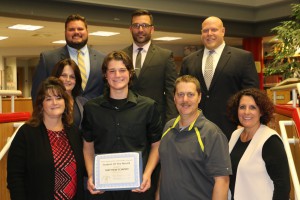 The Middle Country Central School District’s Unity Drive Pre-K/Kindergarten Center students recently celebrated the Thanksgiving holiday by paying tribute to the pilgrims and Native Americans that inspired the tradition. Dressed in handmade headdresses and pilgrim hats, the students sang Thanksgiving songs for an audience of parents. Following the performance, students individually walked to the front of the stage to express what they are thankful for this holiday season. 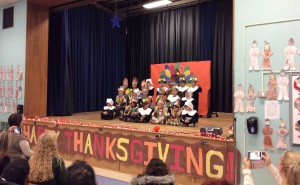