“We are incredibly proud of all the students and staff at Newfield for their unwavering drive to participate and give back to those less fortunate,” said Dr. Roberta Gerold, Superintendent of Schools. “The efforts of the St. Baldrick’s Foundation hits close to home for our Middle Country community as several students in our District have been faced with battling cancer at such a young age. It’s heartening to see everyone come together to honor the students who have passed, currently fighting cancer or are in remission.”

As students, teachers and administrators honored loved ones by getting their heads shaved, the Newfield High School community turned out in high numbers with an infectious energy and spirit. The event commenced with Newfield teacher Keith Hassett’s bagpipe performance, in traditional Irish dress. The festive atmosphere only grew throughout the morning with live music, Irish step dancing by eight members of the Mulvihill Lynch School Irish Dance and a growing number of participants braving the shave.

“The turnout and response we received over the past two weeks perfectly encapsulates the values and character of the students at Newfield,” said Scott Graviano, Newfield High School Principal. “Our students are always seeking new avenues to become engaged members of the Middle Country community and I’m honored to have helped the students facilitate such an extraordinary success alongside Assistant Principal’s Kevin Richman, Kim Pelan and Mark Palios.”

The head shaving event was hosted in Newfield’s Cosmetology Center – equipped with barber chairs, electric hair clippers and a special arc of green balloons. The cosmetology students were tasked with shaving all participants’ heads, serving as an educational experience and a lesson in service and giving back.

“I tell my students every day that we have the power to change lives,” said Toni Ingarra, Newfield Cosmetology teacher. “With this event, I think we proved to ourselves that by coming together we can make an influential impact on the lives of others.” 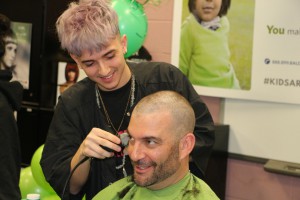 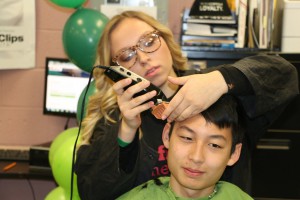 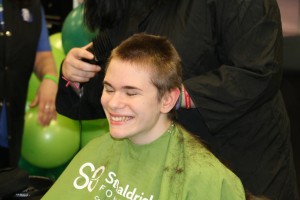 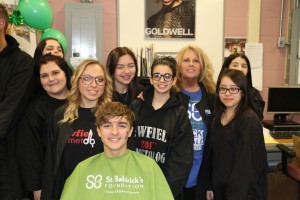 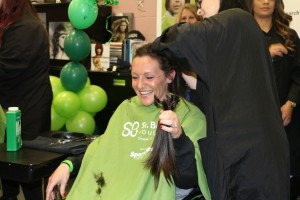 “Each month, it brings all of us here at Middle Country Central School District such joy to celebrate the remarkable accomplishments of our students,” said Superintendent of Schools Dr. Roberta Gerold. “Watching our students grow in our school system brings an overwhelming feeling of fulfillment. Their successes here are just the beginning, and we can’t wait to watch all they accomplish in the months and years to come. Congratulations to all honorees.”

Centereach High School senior and March student of the month recipient David Ebanks was chosen for his academic excellence and consistent “can-do” attitude—even in the face of obstacles. Teachers and administrators have recognized David as a respectful young man who walks around the school with a smile on his face, brightening the days of all who interact with him. Despite his wide range of successes academically and in extracurricular activities, he has remained modest and humble.

Last month, David was honored during the Town of Brookhaven’s Black History Month Celebration, recognizing him for his outstanding academic accomplishments throughout his high school career. David continued to thrive academically even while challenging himself by enrolling in college-level statistic and English courses during the current school year. Due to David’s hard work, he will graduate this June with an Advanced Regents diploma. David has left an invaluable mark on Centereach High School through his efforts as a peer tutor and his active role in the Bible Club. David is still uncertain of where he will continue his education next fall, but the University of Central Florida and LIU at CW Post are among the schools he is considering.

Michael Barnum is a senior at Newfield High School and recipient of March student of the month. Michael’s journey during his time at Newfield has been one of great success and resilience. Following his freshman and sophomore year achievements, both in the classroom and on the basketball court, Michael received unimaginable news in March 2015. He was diagnosed with Acute Lymphoblastic Leukemia. Michael spent the next eleven months keeping up with his academics through home teaching—even while facing intense chemotherapy treatment.

Michael’s diagnosis never altered his steadfast commitment to his studies and trajectory of excellence. He is in remission, and will be graduating on time this June with a potential to graduate with over 18 college credits. Michael has applied to St. Joseph’s University in Philadelphia and is planning to major in psychology. Michael has inspired his peers and the entire staff at Newfield High School through his remarkable determination.

Dawnwood Middle School’s March student of the month recipient, Abigail Jones, is a remarkably smart and talented sixth grader. During her first two quarters of middle school, Abigail has maintained a stellar 98 GPA, with high honor distinction, and is an active member of Jazz Band and Art Club. Outside of school, Abigail finds time to participate in dance, Girl Scouts, volleyball and piano. Her favorite subject is science because of the hands-on experiments and interaction with her peers. Abigail’s confidence and leadership skills will be a great asset to the Dawnwood Middle School community for years to come.

Logan Aybar is a sixth grade student at Selden Middle School. His academic excellence during his first two quarters as a middle school student earned him High Honor Roll and sequentially, March student of the month. Although he enjoys all of his classes, his favorite class is math because he relishes the challenge of solving complex problems and getting the right answer. Logan is an active participant of the Science Club and also enjoys attending after-school fitness intramurals. In his free time, Logan plays in soccer and basketball leagues and volunteers to prepare and deliver meals to homeless shelters. He is recognized as an attentive, genuine student who is a pleasure to have in class.  As of now, Logan does not know what he wants to do when he gets older but is instead focused on being his best self and exploring all of his interests. 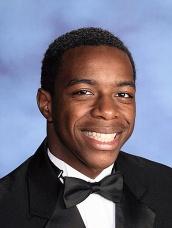 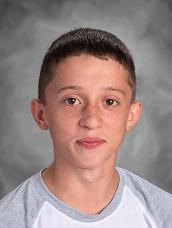 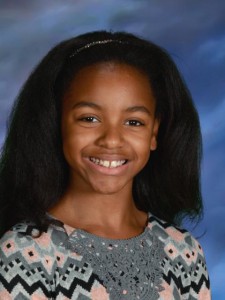 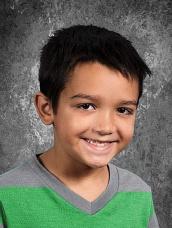