Unity Drive Pre K/Kindergarten Center was selected as one of three schools throughout the country for its constant efforts to work in unison with their PTA.  In the application, Ms. Christine Carrion and her students, were highlighted as exemplifying this strong partnership. In recognition, the National PTA sent children’s book character Pete the Cat to visit Ms. Carrion’s class and presented 100 “I Can Read!” books to Unity Drive’s Pre-K and Kindergarten classes. 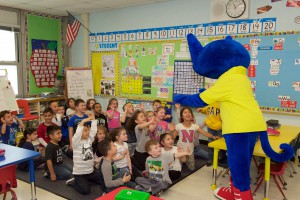 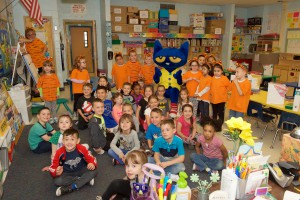 Middle Country Central School District recently honored the winners of its Operation Safe Stop poster contest, an initiative to raise community-wide awareness regarding bus safety. Students were tasked with articulating the message that, “When the red lights are flashing, there’s no passing!” The winning posters portrayed traffic must come to a complete stop, in both directions, when a bus’s lights are flashing—even on a divided highway or in a school parking lot. The District, with student safety being top priority, is looking to convey the potential penalties for first time offenders that include a $250, or more, fine, five points on a license and possible jail time.

Every school in the district had the opportunity to have a winning poster.  Winning students were presented certificates at a recent Board of Education meeting for their submissions.  The District’s Parent Teacher Associations also awarded the students with Tropical Smoothie gift cards. The posters will be on displays in the schools and throughout the community for the remainder of the school year. 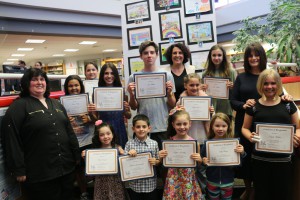 “It brings the Board of Education and I great pride each month to honor the excellence of students throughout the District,” said Superintendent of Schools Dr. Roberta Gerold. “These honorees have excelled both in and out of the classroom—scoring at the top of their classes, participating in extracurricular activities and becoming active role models amongst their peers. It is a privilege to be the superintendent of a District with students that continuously make a positive impact in our Middle Country community and beyond.”

Centereach High School honoree Dante DeBonis is held in the highest regard throughout the Centereach community for his constant pursuit of excellence in all that he does. An honor student throughout the entirety of his high school career, Dante never settled at taking the easy path. He challenged himself with a rigorous course load, taking 11 Advanced Placement courses, ultimately ranking 5th in his senior class.

Dante’s academic success is matched by his wide-ranging achievements outside of the classroom. The Centereach High School senior spent all four years on the varsity fencing team—earning him All-County and All-Long Island recognitions and competing in national fencing tournaments. Next year, Dante will be attending Penn State University as a member of the Schreyer Honors College. Due to his hard work, he earned the prestigious NROTC scholarship and will be preparing for a leadership position in the United States Marine Corps throughout his collegiate career.

Ryan Bloom of Newfield High School was recognized for his academic excellence and the positive influence he has on the entire Middle Country community. With a 101.4 weighted GPA, Ryan is set to graduate with a total of 42 college credits in June. Despite his demanding academic schedule, Ryan has been an extremely active member of Newfield. Among his many extracurricular activities, Ryan is the president of the senior class, secretary of the Thespian Honor Society, co-president and editor of the Newspaper Club and a PTSA council delegate.

Ryan will be attending Northeastern University in the fall and will be studying political science. At the moment, Ryan is unsure if he will pursue a career in law or government work, but many of his teachers think he has his eye set on the White House.

Dawnwood Middle School’s April student of the month recipient, Aliea Ramlal, is a high honor roll student and a participant in various clubs including Youth for Humanity, Yearbook Club and the Multi-Media Club. Outside of school, Aliea is an active Girl Scout, a volunteer at the Middle Country Public Library and a volunteer at the Bristol Senior Community in Lake Grove. Her teachers rave about her enthusiasm, determination and ability to effectively collaborate on group projects.

Ilsaa Siddiqui is an eighth grade student at Selden Middle School and a high honor roll recipient every quarter this school year. Recognized not only as intelligent but as an extremely thoughtful and caring individual, Ilsaa is a member of National Junior Honor Society, Best Buddies and frequently gave up her lunch period to help the Pennies for Patient’s fundraiser. Her teachers all commonly identify Ilsaa as a driven young student who enjoys solving challenging questions and frequently pushes herself out of her comfort zone to achieve her goals. 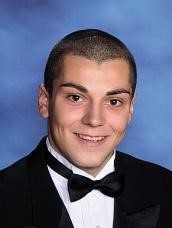 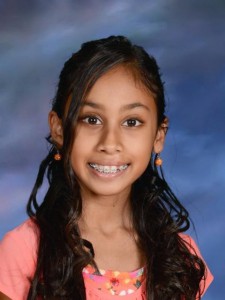 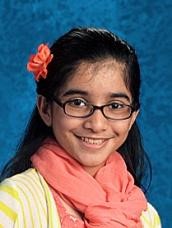 “Reading is a vital aspect of any young child’s development, providing an opportunity to learn new vocabulary, recognize sentence structure and keep students’ brains active and engaged,” said Superintendent Dr. Gerold. “Middle Country is constantly providing students with opportunities to develop these imperative literary skills and thanks to our friends at Ocean State Job Lot’s Charitable Foundation we now have thousands of new options to offer our students.”

The donation event was held at Jericho Elementary School, with the books soon to be distributed District-wide throughout libraries and classrooms. Both District representatives and the Executive Director of the Ocean State Job Lot Charitable Foundation were on hand to discuss the importance of reading and developing strong literary skills in elementary school students. Robert Martinez, a representative from Suffolk County Legislator Tom Muratore’s office and Town of Brookhaven Councilman Kevin LaValle were also in attendance for the book donation event.

“With summer around the corner, this donation serves as a fitting reminder about the importance of reading during the summer months,” stated Superintendent Dr. Gerold. “The District’s dedicated teachers will be eager to see the progress our students have made and to have a front row seat to the incredible strides students continue to make next school year as they advance in reading-levels and read their way through our new selection of books.” 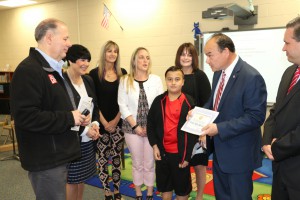 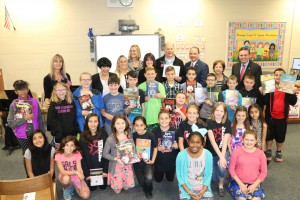