Middle Country Central School District’s Centereach High School student-artist Rachel Gallarello recently won best artwork in the Mixed Media category at the Suffolk County Art Leaders Association (SCALA) All-County and Scholarship Art Show. The show, held in conjunction with the Babylon Citizens Council on the Arts, invited high schools across Suffolk County to submit student-artists work to be displayed in the Gallery at the Babylon Old Town Hall. Gallarello was recognized for her outstanding work and also received a prize of $50.

The Middle Country Central School District continues to provide students with ample opportunities to excel in art and allow these masterpieces to be displayed and recognized across Long Island. 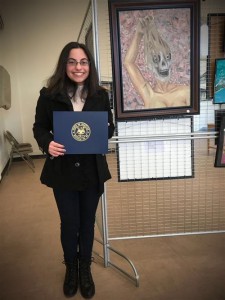 This marks the fourth year that Jericho Elementary School has participated in the Math-A-Thon, raising over $21,000 over the course of four years and nearly $6,000 this year. The money raised covers chemotherapy treatments, oxygen for patients, platelet transfusions and groceries for families caring for St Jude’s patients. The money raised for St. Jude’s over the past 50 years has helped fund research for new treatments that has helped raise childhood cancer survival rates from 20 percent to more than 80 percent.

The District is thrilled to participate in an initiative that simultaneously increases students’ interest in math through a series of engaging activities while also teaching the importance of giving back to those in need. If you are interested in helping Jericho Elementary School raise more money for the patients of St. Jude’s Children’s Research Hospital, please visit the school’s event fundraising page at http://fundraising.stjude.org/jerichocares2018. 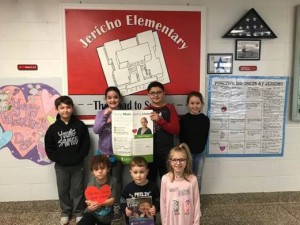 “On behalf of the Board of Education, faculty, staff members and the entire Middle Country community, I want to congratulate these remarkable students for their achievements and for being true testaments of the immense educational opportunities offered here at the District,” said Superintendent of Schools Dr. Roberta Gerold. “I look forward to witnessing the continued success of Matthew and Megan and the contributions that Josefine and Syreneti will make as they venture out in the world.”

Centereach High School senior and January student of the month recipient Josefine Nielsen has challenged herself academically throughout her time in high school—taking college level and Advanced Placement (AP) courses while maintaining an A average. Outside the classroom, Josefine is a consistent participant of extracurricular activities.

Josefine is a member of National Honor Society, Tri-M Honor Society, Thespian Honor Society, a participant of the Women’s Choir, and managing editor of the school newspaper. She also earned the lead role in three of the four Centereach drama productions and was a member of two of the high school’s musicals. Josefine will be pursuing a college degree next fall—as of now she is deciding between a number of acceptance letters—but plans to study theatre and public relations wherever she decides.

Syreneti DeLaCruz is a senior at Newfield High School who was selected as student of the month for her hard work and determination, earning her a weighted average of 96.85. Syreneti is set to graduate in June and has the potential to start her collegiate career having already accumulated 48 college credits due to her enrollment in 15 college level and AP courses. Her academic accolades were highlighted during her leading role in the Newfield Roverines first-place finish at last year’s New York State VEX Robotics Competition.

Syreneti is a member of multiple clubs and has taken leadership positions in several—serving as vice president of the National Technical Honor Society and secretary of the video club. Outside of school, she is a youth leader at St. Francis Cabrini Catholic Church and has led youth group activities such as fundraisers for the church and senior citizens. Syreneti has not decided on a college for next fall but plans to major in computer science or engineering.

Dawnwood Middle School eighth grade student Matthew Stein was selected as the school’s student of the month. Matthew currently maintains a 98.85 and has earned high honor roll every quarter of his middle school career. He is also a participant in the school band and jazz band. Matthew is often described as every teacher’s dream; he is insightful, determined and considerate of others.

Megan Spina is an eighth grade student at Selden Middle School and was selected student of the month, earning high honor roll all three years of middle school. Megan is on the school’s soccer, volleyball, basketball and lacrosse teams and is a member of the National Junior Honor Society. Her favorite subject is math, but she shows enthusiasm and is an active participant in all of her classes. Megan’s teachers commend her for setting an example of how all students should behave. 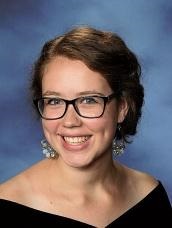 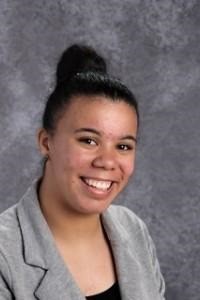 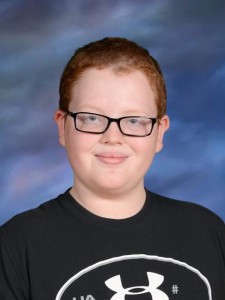 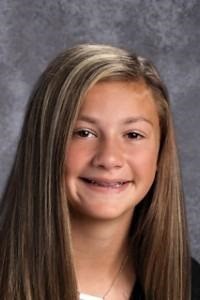 The District congratulates all the winners and looks forward to continuing to offer its cosmetology students with opportunities to build their skills sets and participate in regional competitions. 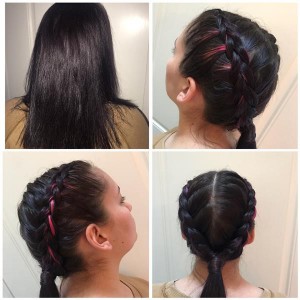