The Middle Country Central School District recently hosted its 4th Annual STEM Celebration—welcoming the community to support students from each elementary school as they competed in various Science, Technology, Engineering and Mathematics (STEM) challenges. The event opened with various STEM activities for all community members to try, including building a LEGO tower.

Every grade from all eight elementary schools received grade specific LEGO engineering and NAO Robotics programming challenges in October and worked enthusiastically to perfect their models leading up to the event. The students’ hard work culminated with presentations of their creations to a panel of expert judges from the fields of technology, engineering, architecture, business and education. Kindergarten students also participated in a DUPLO engineering challenge, the results of which were presented in video feed throughout the evening.

High school and middle school science research students were also in attendance to present their projects.  They were joined by members of the middle and high school robotics competition teams who were demonstrating their award winning robots.

After the LEGO competition, students participated in the on-demand problem solving competition, during which students had to think on their feet to use certain materials to solve a given problem. Teams had 10 minutes to process the challenge, engineer a solution and build a prototype before receiving their scores.

Hawkins Path Elementary School was named the Middle Country Central School District Elementary STEM School of the Year. The District continues to provide students with educational experiences that not only actively engages them in STEM activities inside the classroom, but provides students with extracurricular opportunities such as the Annual STEM Celebration.

For more information about academic programs available at the Middle Country School District and a calendar of events, please visit www.mccsd.net. To learn more about the student experience and news from the District, you could also visit www.mymiddlecountryschools.net. 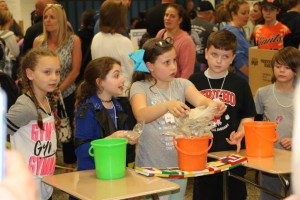 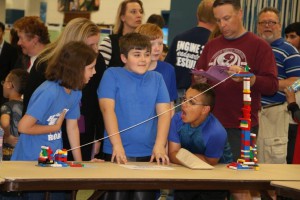 “As we approach the conclusion of the 2017-2018 school year, it is my distinct honor to recognize and celebrate the extraordinary accomplishments of these four students,” said MCCSD Superintendent of Schools Dr. Roberta Gerold. “These students not only shined in their classroom studies but outside of the classroom as well—setting an example for what it means to be a good peer and community members. On behalf of the entire Middle Country community, we congratulate them on their accomplishments and wish them the best of luck in all future endeavors.”

Centereach High School Class of 2018 valedictorian Anthony Roman will graduate in June completing no less than 14 Advanced Placement (AP) classes and four additional college level courses—all while maintaining an unweighted GPA of 98.2. Due to his incredible success in his AP courses, Anthony has been recognized by the College Board as an AP Scholar with Distinction and a National Merit Scholar. He is a member of several student groups including Thespian Honor Society, Italian Honor Society, National Honor Society, school newspaper and Science Olympiad. Anthony will attend the Massachusetts Institute of Technology this fall to study Mechanical Engineering and Computer Science.

Newfield High School valedictorian Logan Ortiz is set to graduate in June with potentially more than 40 college credits due to his hard work and dedication to his studies. He is often described as an exceptionally intellectual student, holding an unweighted 98.7 GPA. He is active in all things Newfield—participating in student government, National Honor Society and Tri-M Honor Society, as well as serving as captain of the Mock Trial Team, president of the Video Club and captain of the golf team. Logan is set to attend Georgetown University next fall to study political science, with his sights set on law school and elected office.

Olivia Zhu, this year’s salutatorian of Centereach High School, has seen some outstanding academic accolades throughout her time in high school, all while maintaining a rigorous course schedule. Olivia will have completed no less than 11 AP courses and two college level courses upon graduation, earning her the recognition of National AP Scholar with Distinction from the College Board. Olivia is a member of the National Honor Society, Tri-M Honor Society, Math Team and Science Olympiad. She has also been a member of the varsity tennis team since the eighth grade—serving as captain and earning the distinction of Most Valuable Player from her coach over the past two seasons. Olivia will be attending Cornell University to study computer science and engineering.

Newfield High School’s salutatorian, Diogo Martins, has an unweighted 98 GPA and has the potential to graduate with more than 45 college credits. Diogo has been praised by his teachers and peers as a born leader—serving in leadership roles in the Thespian Honor Society, World Languages Honor Society and National Honor Society. He has played a consistent role in almost every fundraising event in Newfield during his four years, a testament to his commitment to giving back to his community. Diogo will be attending Villanova University in the fall and intends to major in finance.

For more information regarding the Middle Country Central School District and its students’ many achievements, please visit the District’s website: http://www.middlecountry.k12.ny.us. 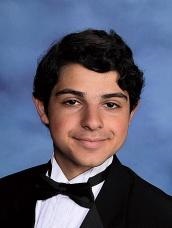 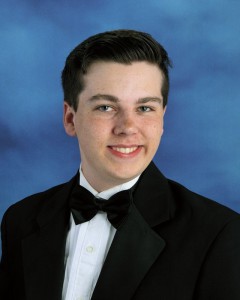 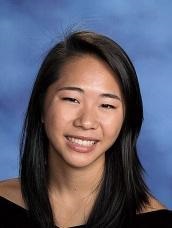 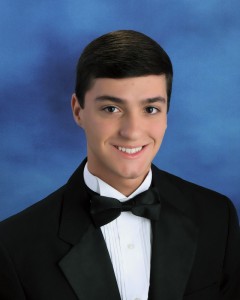 The Middle Country Central School District recently hosted its third annual literacy event to celebrate and encourage literacy throughout the District’s ten elementary schools. The night, titled “Spring into Literacy!”—is held each year to provide the District’s youngest students an unforgettable night in which reading and writing come to life.  The evening featured three sessions filled with an assortment of workshops focused on engaging students through popular literary works and practicing their reading and writing skills.

Coinciding with the informative and engaging workshop, was a poetry café in the school library – allowing the young writers to recite their self-written poetry to an adoring audience. Additionally, a young authors’ showcase was held in the cafeteria giving students the opportunity to showcase a story they wrote during the 2017-2018 school year. The District continues to host engaging after-school educational events, providing a platform for students to share their creative accomplishments. 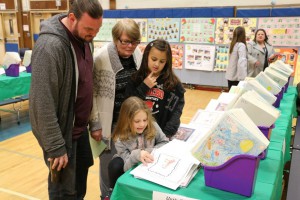 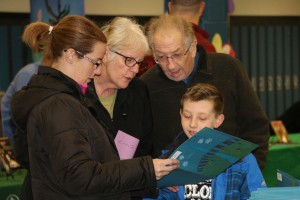 The Middle Country Central School District’s Newfield High School Varsity Leaders and DECA students recently volunteered their time to build houses for Habitat for Humanity in Bay Shore. This not only served as a charitable event but a wide-range team building exercise for all students involved. Participants were assigned a group with each group performing a specific task, including digging trenches from the house to the street, digging holes for fences and cleaning up debris around the house.

The students learned construction skills as well as the vital skills it takes to work together in order to complete a goal. Partaking in events like these further the District’s initiative to give back and teach students the importance of helping their fellow community members. The District aims to teach its students valuable life skills and lessons useful outside of the regular classroom curriculum. 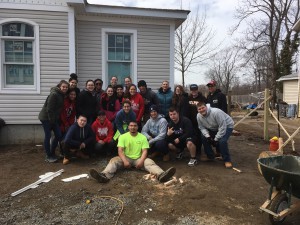