The Middle Country Central School District’s Stagecoach Elementary School recently hosted a reading event, “Rock and Read,” for the entire Stagecoach community. This event came at the culmination of the school’s month long “Read Like A Rock Star” initiative as part of the nationwide Pick A Reading Partner (PARP) Program.

At the evening event, Stagecoach teachers read books to students with musical themes and organized activities that corresponded with each specific book. Afterwards, students enjoyed a live rock and roll concert held in the gymnasium with servings of popcorn.

Middle Country Central School District continues to provide students with opportunities that brings reading to life and encourages all students to find a reading partner as they advance through reading levels. 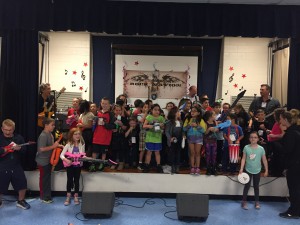 “The District is incredibly proud to honor these four high-achieving students as they continue to thrive academically and serve as role models for their peers,” said Superintendent of Schools Dr. Roberta Gerold. “The fall is always an exciting time with students returning to their studies and getting involved in the Middle Country community. The four students being recognized have led the way in ushering in an exciting new school year.”

Hanna Hudson is a senior at Centereach High School. Her success academically will lead her to completing five Advanced Placement courses and an additional six college-level courses upon graduation in June. As she has challenged herself more, her grades have continued to improve—a testament to her determination and work ethic. Hanna has also flourished outside the classroom. She currently serves as Senior Class President, was just voted by her peers as Homecoming Queen and excels in softball and basketball. Next fall, Hanna will be pursuing a degree in early childhood education and a minor in special education.

As a senior at Newfield High School, Sydney Taub has the potential to graduate in June with approximately 40 college credits. This year alone, Sydney is enrolled in six Advanced Placement courses and a college class. Newfield teachers often describe Sydney as a well-rounded student who not only excels academically but has become an active member of the Middle Country community. She is the resident of the National Honor Society, vice president of the school newspaper, treasurer of the Glamor Gals Club and a member of the Mock Trial Team. Sydney will be pursuing a degree in political science next fall.

Dawnwood Middle School eighth student— and September student of the month—Grace Miller was selected for her work ethic and continued academic success. Grace has maintained high honor roll since the first quarter of sixth grade. Her achievements in the classroom are matched by her musical talents. Grace has played leading roles in Dawnwood musicals, plays the guitar at local events, and writes and records her own songs.

Austin Pelissier, an eighth grade student at Selden Middle School and aspiring environmental engineer, was recognized as the school’s September student of the month. Austin has remained on the high honor roll since the beginning of middle school—earning a 97.15 GPA. He continues to make positive contribution at Selden Middle School as a member of National Junior Honor Society, the school’s literary magazine and the Youth for Humanity club. 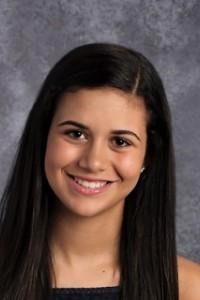 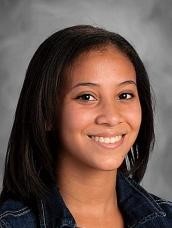 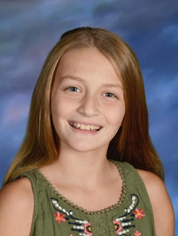 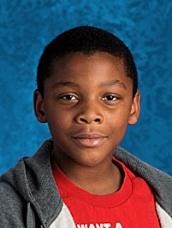 The Middle Country Central School District continues to provide students opportunities to collaborate and perform all across Long Island. 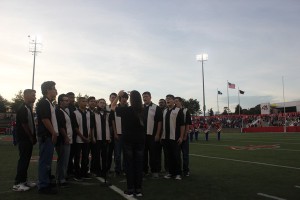 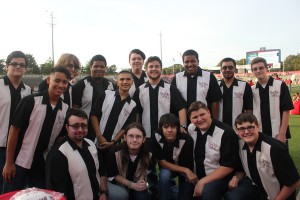