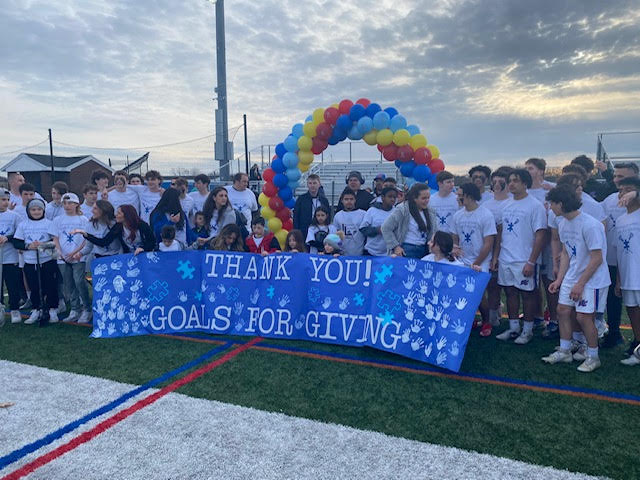 “Our athletes, students, and staff members did an amazing job spreading the word and raising funds to help our students with disabilities,” said Dr. Roberta Gerold, superintendent of schools. “This is what our school district is about, coming together to give back to our community. It was  heartwarming to see all those who took the time to participate and help make this event possible!”

The Little Mermaid, a Disney classic adored by all, is a story about a mermaid named Ariel, who fell in love with a human prince named Eric. She dreams about becoming a human and makes a magic deal with Ursula who is a sea witch to become a human to be with him. The film teaches the audience that no dream is too big or small.

“Great job to these students who put in so much time and effort to perfect their roles,” said Dr. Roberta Gerold, superintendent of schools. “Everything about these performances was incredible, from the music, the acting, the dancing, the singing, and the production values. It never ceases to amaze us how professional our theatre students are!”

The Newfield High School Theatre Arts is made up of students who are passionate about performing and the rich history of theatre. Students in the theatre arts learn about acting, production, movement, dance, and musical theatre. In addition to their community performances, The Little Mermaid cast visited all the elementary and middle schools throughout the district to put a smile on the students’ faces. Prior to the Sunday matinee, the cast participated in a free meet and greet as their community outreach which included a children’s book fair fundraiser for the Newfield Newspaper. Everyone who attended had a great time meeting the characters while browsing the books to purchase.

“It is an extreme honor and privilege to work with the cast, pit, crew, and production staff of Disney’s The Little Mermaid,” said Joan Meichner, Director of the Newfield Musical. “Our theatre students are all heart and are so dedicated to their craft. I am beyond proud to be their director. We sold out at every performance!” 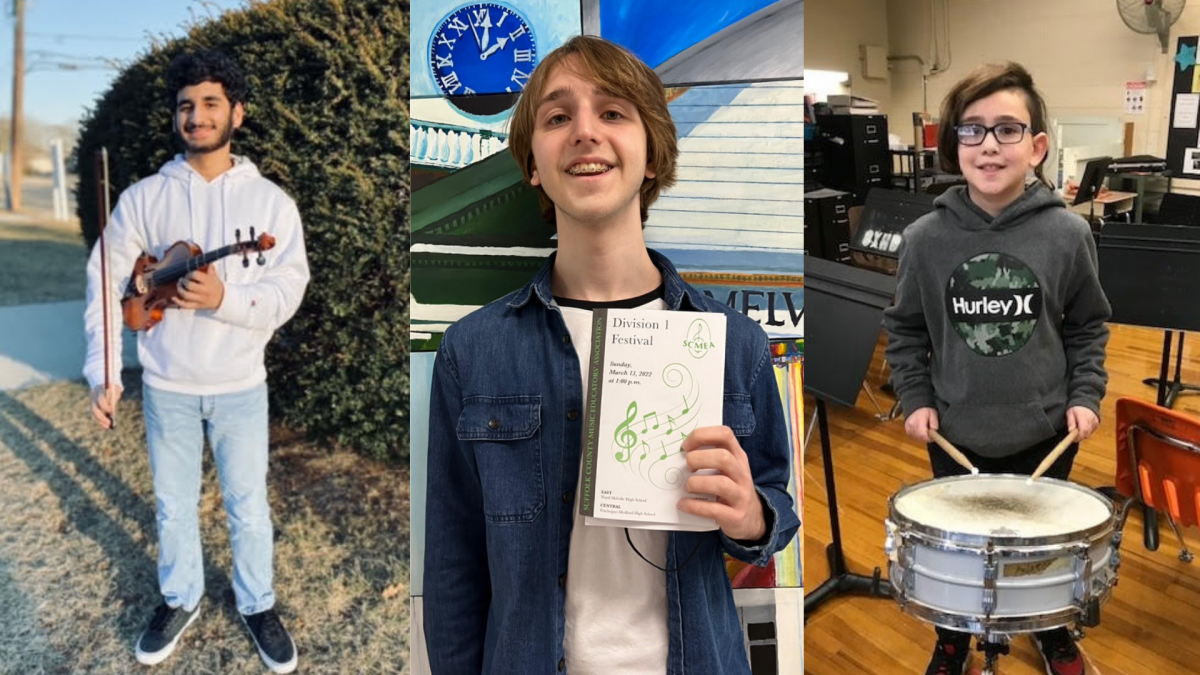 The Suffolk County Music Educators’ Association (SCMEA) is made up of professional music educators and advocates throughout Suffolk County. SCMEA is a county affiliate of the New York State School Music Association (NYSSMA) and a state unit of the National Association for Music Education (NAfME). SCMEA scholarships are available for students who are in grades five through eleven and are interested in different summer private studies.

Finn, who won the Jon-Michael Lasher SCMEA Scholarship, plans to continue his musical studies with voice lessons. Aamir will continue with his violin lessons and Louis intends to continue developing his skills in percussion. Students were selected based on their competitive essays, high NYSSMA scores, and music teacher recommendations. Congratulations to the students and their teachers, Mr. Hough, Mr. Martinez, and Ms. Caliguri for nominating them!

Wonderful dancing. Inspired singing.  Exceptional acting. That was the experience for all who attended Centereach High School’s young thespians’ recent performances of High School Musical On Stage, a story based on the Disney Channel’s original movie.

“I am extremely proud of our Centereach High School’s performers and the commitment they have for refining their craft,” said Dr. Roberta Gerold, superintendent of schools. “It was truly an all-hands-on-deck production. It was great to see the collaborative work amongst our student performers, the student crew, and our faculty to ensure these performances were not only successful but awe-inspiring to watch.”

The show was filled with numerous dance numbers and catchy songs such as Get’cha Head in the Game, Bop to the Top, We’re All in This Together, and Breaking Free that had the audiences on the edge of their seats! High School Musical On Stage is basically a modern-day Grease musical about the hardships of high school, young love, and staying true to oneself.

“Our students never fail to amaze us with their dedication and their passion for theatre,” said music teacher Brian Hough, who directed the play. “It was exhilarating to have live performances again!  Great job everyone!” 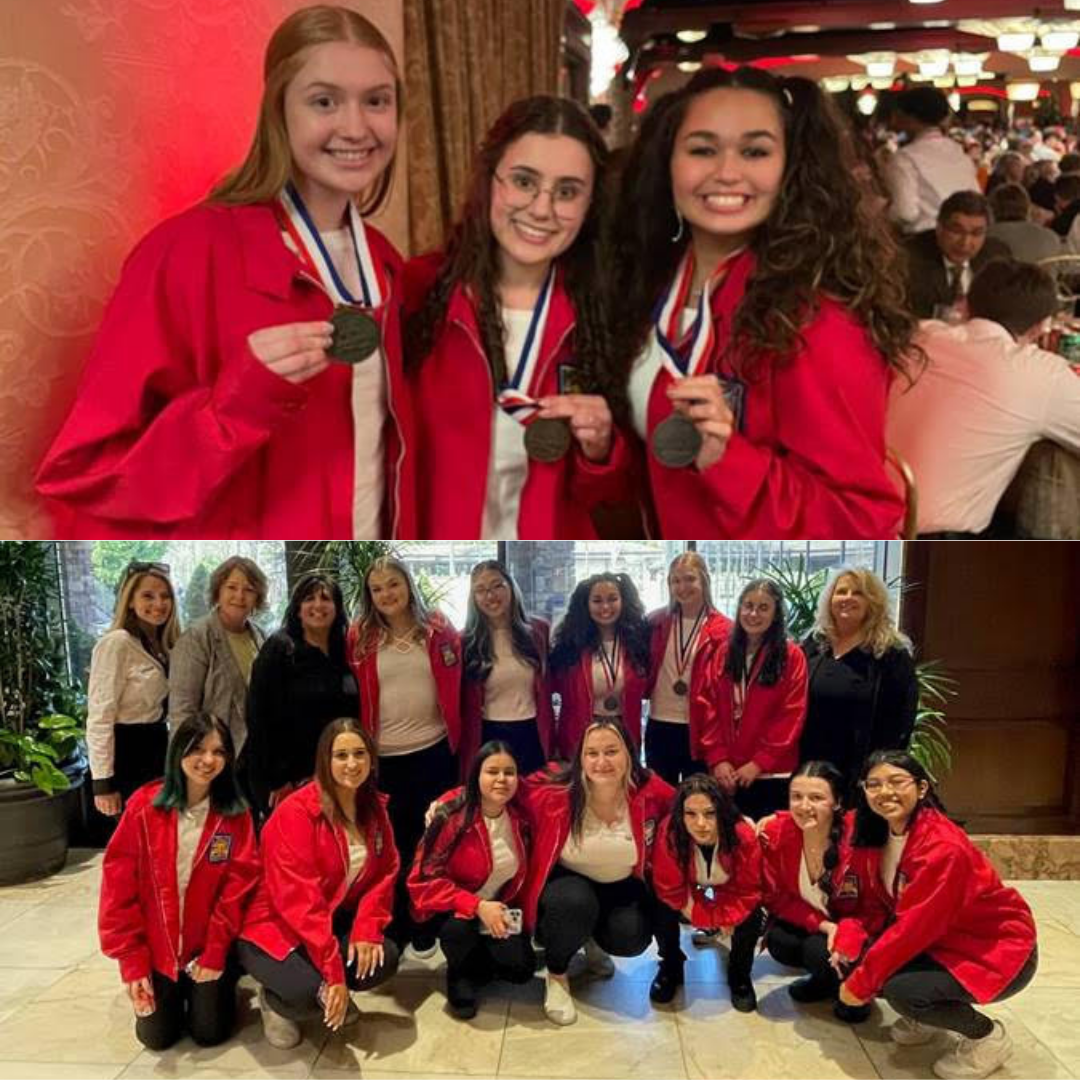 SkillsUSA is a nonprofit national education association in partnership with teachers, students, and industry working collaboratively to ensure that our country has a skilled and competent workforce. The organization works with middle school, high school, and college students to prepare them for careers in trade, technical, and skilled service occupations. SkillsUSA’s mission is to “empower its members to become world-class workers, leaders and responsible American citizens. We improve the quality of our nations’ future skilled workforce through the development of SkillsUSA Framework skills that include personal, workplace, and technical skills grounded in academics.”

“Congratulations to all of our students who participated,” said Dr. Roberta Gerold, superintendent of schools of the Middle Country Central School District. “I would like to extend a special thank you to the teachers who helped our young cosmetologists prepare for the competition.”